Gluten and the Gluten Free Diet (the science) 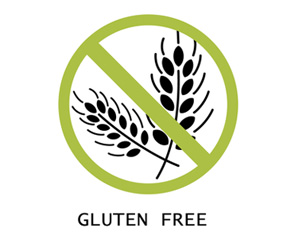 What is gluten and why are so many people avoiding it?

How do I know if I am gluten sensitive?

Is Celiac Disease and Gluten Sensitivity the same thing?

What are the most common manifestations of gluten sensitivity and Celiac Disease?

OK, so lets have an honest discussion about gluten, why eliminating gluten may alleviate so many health issues, the “red flags” of gluten sensitivity and why it is more important to avoid gluten today than ever before.

First, what is gluten?:

Gluten is a mixture of proteins found in all grains.  It has two primary subfractions: prolamines (Gliadin is a prolamine found in wheat) and glutelins.

In wheat, 69% of protein is Gliadin which is why it is the most detrimental of all the grains, but this was not always the case.  In fact, ancient wheat (the wheat of our forefathers) has only 5% of its protein as Gliadin.  Why the change? Genetic Modification.  The fluffy white processed bread of today is nothing like its ancient, dense, fibrous, non-genetically modified cousin. In another article I will discuss the issues with genetically modified foods, but for now, let’s continue our discussion of gluten.

For example, disruption of iron absorption is a common symptom of gluten intolerance.  Intolerance often causes anemia, poor folate uptake, and can lead to a variety of neurological problems. Gluten sensitivity is often less obvious and symptoms vary from person to person, making it hard to diagnose.

The most common signs and symptoms of gluten sensitivity are:

Again, the gliadin in wheat is the most serious offender, but ALL grains have some form of gluten.

THE AVERAGE TIME TO DIAGNOSE CELIAC DISEASE IS 8-11 YEARS and 5 PHYSICIANS.

By the time most celiac disease is diagnosed, CNS (central nervous system) effects have likely already begun to occur.  28% of celiacs showed OCD (obsessive compulsive) symptoms and many celiac patients have anxiety.  There is a positive correlation of gluten intolerance and depressive symptoms.

A summary outlining the mechanism of disease is well outlined in Scientific American (“Surprises from Celiac Disease,” 301(2), August 2009, pg 54-61):  There is a wonderful diagram that I recommend viewing here.

Historically, the classic gold standard for diagnosing Celiac Disease (gluten intolerance) was a biopsy obtained endoscopically, however that is starting to change.  Today there are many new, accurate and less invasive tests.

A comprehensive approach to gluten intolerance/sensitivity is necessary, including a thorough clinical exam, history, serology, and genetics.

The major CD-predisposing genes are HLA-DQ2 (about 90% of patients) and/or HLA-DQ8 (about 10% of patients). Either HLA DQ2 or DQ8 was detected in every early-developing Celiac patient.

The true gold standard to test for gluten sensitivity is to eliminate gluten completely and monitor symptoms.

Serum studies include IgA and IgG transglutaminase and deaminated gliadin, with a predictive value of 50-60%.

Genetic testing for HLA-DQ2 or DQ8 is highly accurate.

For my patients who suffer with chronic “red flags” such as digestive issues, anemia, joint pain, etc., I recommend a complete gluten elimination for at least 3 months, although it could take up to 6 months to really feel a difference.  It is also important to eat medicinal foods and take supplements to replete the body with nutrient and vitamin deficiencies which are a hallmark of the gut permeability associated with gluten intolerance and sensitivity.

There are also very accurate stool tests that may be ordered through functional medicine laboratories.

Research has shown that many autoimmune diseases, including Celiac Disease, Type 1 Diabetes, Multiple Sclerosis, Rheumatoid Arthritis and Inflammatory Bowel Disease, all have increased intestinal permeability caused by an abnormally high level of zonulin.  In Celiac Disease, it is gluten itself that promps exaggerated zonulin secretion, but the instigating factor of other diseases is still largely unknown.

A new page on the optimal diet, the benefits and best ways to go gluten free, what should be on your grocery list, and how to fit this in your budget are soon to come.