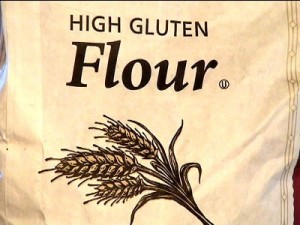 What Do Doctors Know About Gluten?

I was not taught about gluten in medical school. In fact, one of the reasons I started researching nutritional science was because of the hypocrisy I faced everyday in a medical system that is inherently flawed. I’m not sure if people realize, nutrition is not taught in medical school, most doctors know little about it, and are pretty bad at taking care of themselves.

After being on call for 24 hour shifts as a resident, watching my peers wither away or gain immense amounts of weight, while seeing our patients placed on more medications and more medications, and yes, more medications, I had to get to the bottom of this. I did not want to turn out like my preceptors (not exactly models of health) and I so wanted to actually see disease reversed and people feel well. It turns out, medical school does not teach about treating chronic disease, only maintaining it, or trying to prevent it from worsening. What is really astounding is how much science and solid evidence there is for preventing disease and reversing chronic disease. What makes us healthy, it turns out, is first eliminating what makes us unhealthy. We are not a society suffering from Prozac deficiency. We are a society suffering from a SAD diet (Standard American Diet) full of processed, genetically modified, inflammatory food.

“The doctor of the future will give no medication, but will interest his patients in the care of the human frame, diet and in the cause and prevention of disease.” Thomas A. Edison (American inventor and businessman, 1847-1931).

“The doctors of the future will counsel against wheat consumption just as doctors do at present against alcohol and tobacco.” Dr. Alex Vasquez (founding program director of the first fully-accredited university-based graduate program in Human Nutrition and Functional Medicine.”)

To start, lets have an honest look at gluten, the storage protein of the cereal grains wheat, rye, spelt and barley:

While virtually 100% of the population ingests these grains in one form or another and 30-40% carry the genetic markers of celiac disease (HLA-DQ2 or 8), only 2% to 3% of those with genetic markers develop celiac disease, an autoimmune disease caused by gluten consumption. However, gluten sensitivity, an inflammatory systemic reaction to gluten, is even more common, under diagnosed, and some speculate, may be as prevalent as 30% of the population. Gluten is an inflammatory protein. Wheat has been hybridized and genetically modified to such an extent, that the wheat of today is nothing like the fibrous, dense bread of our forefathers.

Today’s wheat is approximately 50-60% gliadin (the dangerous and inflammatory part of gluten) whereas non-genetically modified wheat (the wheat of our forefathers) was only about 5% gliadin.

OK, so what is gluten, and why is it so dangerous?

“Gluten is one common factor that can create so many illnesses and disease it would be hard to count them all.” Dr. Mark Hyman, MD, author of The UltraMind Solution, Chairman of the Institute for Functional Medicine and winner of the 2009 Linus Pauling Award..

There are many reasons why gluten is so dangerous. As I said before, wheat is highly hybridized and genetically modified. It also amplifies allergens in the gut. That is because gluten contains a dangerous molecule called Zonulin, which breaks apart tight cellular junctions, mimicking cholera. Gluten is linked with autoimmunity, an abnormal immune response where the body attacks its own tissues. This occurs because of “molecular mimicry,” a response where the body confuses its own tissues with a foreign invader, and antibodies against gluten attack one’s own tissues.

A review paper in the New England Journal of Medicine listed fifty-five disease states that can be caused by eating gluten, including neurological and psychiatric diseases such as anxiety, depression, schizophrenia, dementia, migraines, epilepsy and neuropathy.

How does this happen?

Gluten is broken down into proteins called gluteomorphins that can in fact act like morphine, altering brain function and behavior. Gluten also contains significant glutamate, a molecule that accelerates, activates and excites brain cells through a special brain receptor called NMDA (N-methyl-D-aspartate). Glutamate is called an excitotoxin (a substance that overexcites and kills or damages brain cells).

Gluten creates similar “feel good” effects to morphine, and is just as addictive. Which is why people have such a hard time accepting that it is bad for you. I counsel my patients who stop gluten cold turkey to allow one week for withdrawal – which can include mood irritability, diarrhea, and intense cravings. The Yetzer Hara has a field day here (e.g. “I just don’t believe Hashem would put something in the world that could be so bad for us.”)

Because we are all genetically, biochemically unique, gluten affects us all in different ways. In some, it creates mild inflammation, in some, arthritis, in some, depression and anxiety, in some, anemia.

Food intolerance is often confused with food allergy, but, in fact, they are quite different.

“With allergies, symptoms can be very dangerous and even life-threatening. A food intolerance, on the other hand, is more likely to present itself with symptoms such as irritable bowel syndrome (IBS), eczema, migraine, fatigue, hives and asthma,” says Muriel Simmons, Chief Executive of Allergy UK.

An allergy generates the IgE immune response, which occurs when an antibody mistakes the food as foreign and attacks it. A food intolerance generates the IgG immune response, responsible for the less severe symptoms associated with a food intolerance and, unlike an allergy, symptoms may take from an hour to several days to appear.It’s common to crave the foods that we are intolerant to. According to Dr Jonathan Brostoff, a London-based allergy and environmental health expert, an estimated 50% of people with a food intolerance crave the very food their bodies can’t handle. “If we don’t get our regular fix, then withdrawal symptoms may kick in, often resulting in binge eating and weight gain.”

There are more and more articles and more and more high quality research studies coming out every day with evidence on the war against gluten. Gluten is implicated in weight gain, diabetes, allergies, eczema, migraines, auto-immune diseases and a host of other issues.

I see dramatic results in my patients every single week. I recommend a gluten free diet to every patient I see. The best way to know if you are affected? Avoid it completely for a trial period of 3 months. If you start to feel better after 3 months, you are likely one of the many people who will benefit from not eating gluten. This, of course, is not easy – its not just bread that contains gluten – everything from cereal even to soy sauce has enough gluten to keep you craving more.

However, it is just as important what you put in to your body, as what you take out. I am a foodie as well as a health nut, and believe you have to enjoy your food and you should eat nutritious food. For my yummy, gluten free recipes, go to our blog page or sign up on the right of your screen.

Here you will find useful information and latest news. And all the recipes are here too. Feel free to use the search function if you are looking for something specific.